After A Janitor Walked In On Her Pumping, This Entrepreneur Created Private Lactation Stations 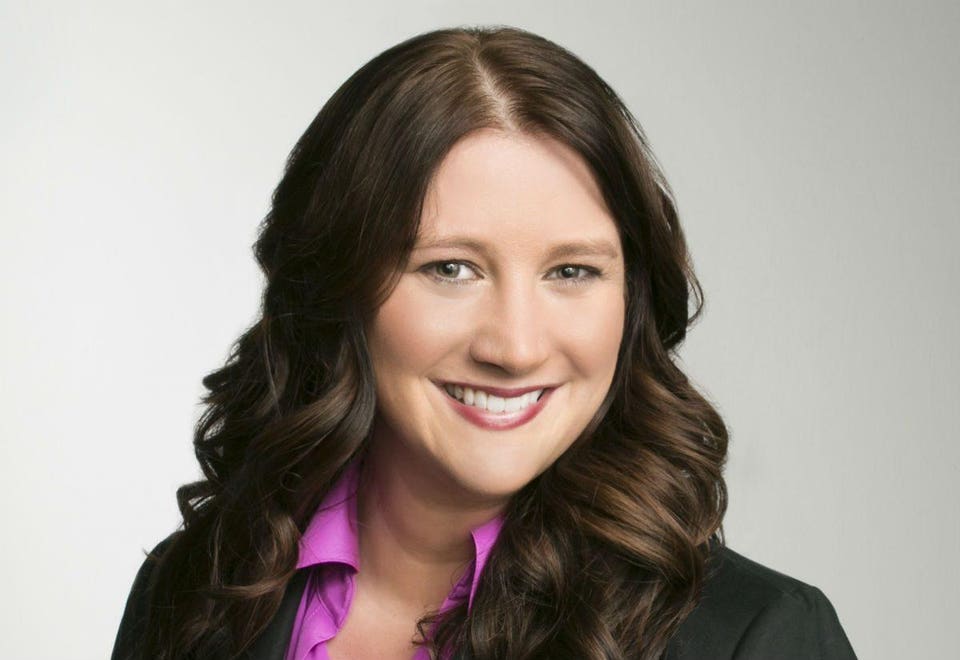 Before Stephanie Conduff was an entrepreneur, she was a new mother juggling law school.

Balancing baby and school required her to carefully plan each day, especially when it came to pumping breast milk. She thought she had a private pumping solution — she hid in library side rooms during all-night study sessions — until a janitor walked in on her.

“I support women’s rights to breastfeed wherever they want — I breastfeed where I want. But when I’m pumping, I don’t love being in front of other people,” she says. “I want a private space. I want to pump my milk, and then I want to move on with my day.”

The embarrassment of that moment started her on the path to launching Leche Lounge, her Tulsa, Okla., “lactation station” business, in May 2015. The venture manufactures and sells booths that today are used in offices and businesses throughout the country.

There is huge market potential for her business, Conduff believes. Nearly 4 million babies are born each year in America, and about 80% of their mothers choose to breastfeed, according to the U.S. Centers for Disease Control and Prevention. Many of those moms go back to work quickly for economic reasons — in fact, it’s not uncommon for women cut their maternity leaves short. Yet when nursing mothers return to the workplace, most don’t have access to a private, clean place to pump milk.

Conduff wants to change that. Her business is still in its early stages, but she has already made deals with large institutions like Oklahoma gambling giant WinStar World Casino and the Whiteman Air Force Base in Missouri. She has also received regional and national press coverage for her product and pitch contest wins.

Conduff declined to disclose revenue or sale volume, citing ongoing discussions with potential investors. But she measures success in much more than dollars and units sold. A member of the Cherokee nation, sheand says her company is already having an important economic impact on her community because of the 25 jobs she has created for locals.

Indeed, a key part of her venture’s mission is to harness Native American ingenuity and craftsmanship to solve a problem for many women. “Success for an entrepreneur isn’t always a billion-dollar IPO,” she says.” It’s employing people in my community. It’s knowing we’re doing something that’s empowering women in the workplace.”

Addressing the Needs of Nursing Mothers

Under the 2010 Affordable Care Act, employers with 50 employees or more are required provide ample break time and a private space — not just bathroom stalls — for nursing mothers who need to pump milk. However, many do not comply. And while women are filing complaints in record numbers, many still decline to do so, for fear of potential repercussions.

Conduff has witnessed this struggle firsthand. Her cousin, for example, works on an assembly line at a chicken plant, and has nowhere to go to pump. She has avoided pursuing legal remedy because she’s afraid her employer might retaliate against her by putting her on less desirable shifts, Conduff says.

Even in more sympathetic environments, women feel pressured to tough it out, Conduff adds. “A lot of women come back from leave, and they don’t want to ask their boss for anything else.”

At first, the budding lawyer considered becoming America’s premiere lactation rights attorney. However, she quickly realized, “you’ll get settlements, but you’ll never get social change.” She decided to take an entrepreneurial approach instead, and set to work developing a prototype for Leche Lounge. But she still draws on legal arguments; she often points out to potential clients that “you have a legal mandate — and I have an easy solution.”

Each lactation station is designed to address numerous pain points for women who pump at work, and is made by a local Native American craftsman who also builds cabinets. They are equipped with a hospital-grade breast pump, large seats, fans and outlets for charging smartphones. They are also stocked with cleaning wipes for the pumps and lavender wipes for refreshing the space.

And Conduff has designed the stations, which resemble large photo booths, to be stylish yet unobtrusive. She has mostly keeping branding off of the exterior and uses pale wood paneling and customizable sliding doors that can blend into the corner of an office.

Creating the right setting wasn’t as easy as she thought it would be. “My first Leche Lounge was so ugly, and no one would tell me because I was so passionate,” she says of her first prototype, made in 2014. “No one’s going to tell you if your baby’s ugly.”

Her architect brother finally told her the truth. And while she searched for a manufacturer who could deliver a more aesthetically pleasing product, she also developed other specifications to improve both privacy and comfort.

Life as a Native Female Entrepreneur

These are, after all, needs she understands personally. Conduff’s personal pumping difficulties didn’t end after law school — she also struggled to find places to pump once she was working.

Her first job after graduation from the University of Oklahoma College of Law in 2014 was at a firm in San Diego. She commuted to California while her family stayed in Oklahoma, and couldn’t pump on her flights and didn’t want to pump in bathrooms due to unsanitary conditions that could affect the milk. So she often had to ask travelers to unplug their phones so she could plug in her pump.

Conduff says she has faced numerous other barriers in her career, both as a woman and a Native American.

Sexism has been a particularly large problem as she has pursued funding opportunities. “I’ve had some really terrible pitch experiences,” she says, recalling investors who advised her to wear heels instead of flat shoes and asked what her husband — who works in construction — thinks of her business’ trajectory. Some investors become visibly uncomfortable about the topics of breasts and breastfeeding, often struggling to make eye contact during pitch meetings. 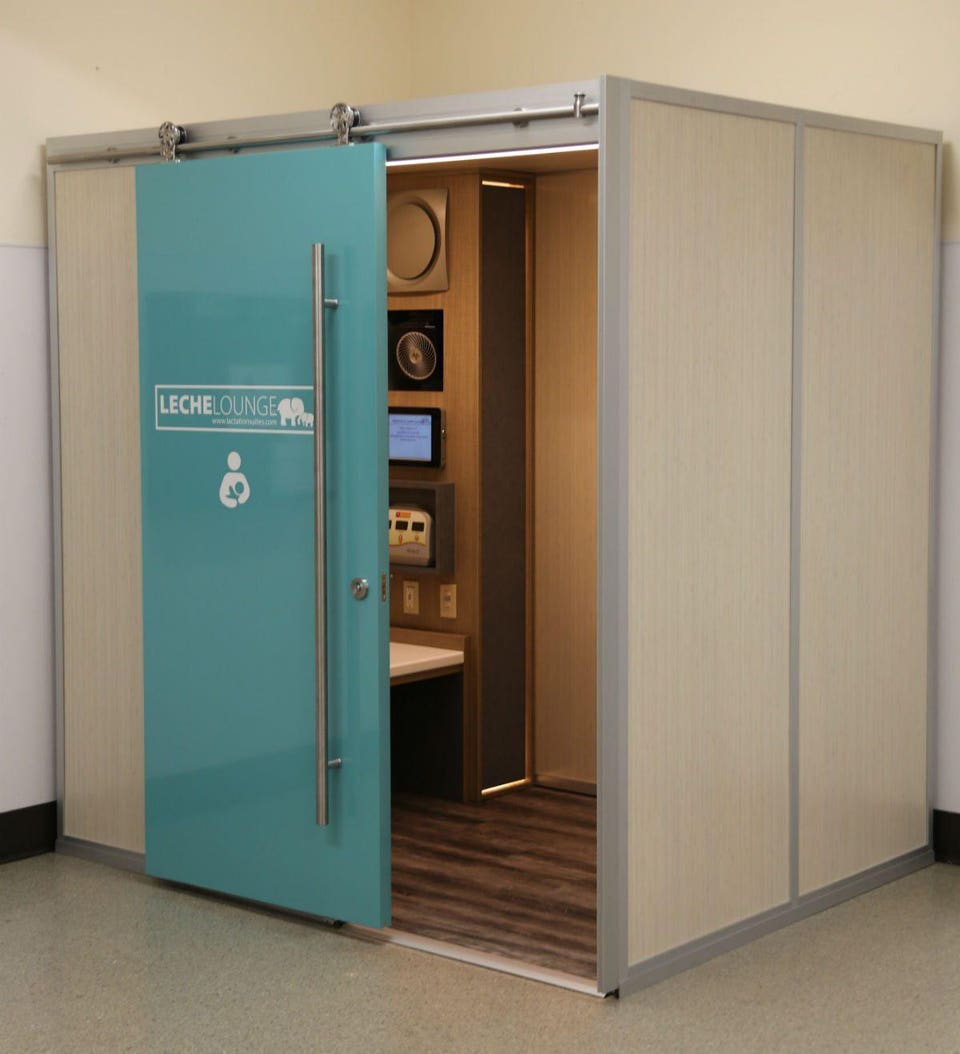 Others pointed to competitors like Mamavaas evidence that the problem is already being addressed. “That’s like Ford being like, ‘Sorry Chevy, we already build cars,’” she says. “Do they tell men that? ‘Oh, there’s already an app. You shouldn’t build another.’”

Being a woman of color adds another layer of difficulty. Research shows that, in 2017, women overall received just 2% of VC funding. And just 0.2% of it went to women of color.

While some women are able to turn to their personal networks for investments, securing friends-and-family funding is tougher in her community, which lacks resources. “If you don’t come from a family with generational wealth, who’s going to be able to risk money in a startup idea?” As such, Conduff has bootstrapped her company, working two jobs to make ends meet.

She has secured some cash infusions — for example, a social enterprise fundin New Mexico that gives stipends to business owners gave her money that she was able to use for childcare. This helped her shift to focusing on Leche Lounge full time, as she oversees her team of Native American employees and contractors and pursues investment opportunities. But to accomplish her growth goals, she will need much more.

Thanks to Conduff’s earliest clients and government officials in Tulsa, who have put her lactation stations in their buildings, she now has a solid track record to show to investors and new clients. But she wants to expand significantly.

As such, is currently participating in a women-focused accelerator called Project Entrepreneur sponsored by clothing rental service Rent the Runway, where she’s learning how to manufacture and scale more efficiently.

She is also working on refining her customer-acquisition strategy — starting with the question of who to target. “Do you talk to the facilities guy? Do you take it to the HR department? Do you try to target employees who are posting on Facebook about their terrible experiences pumping in a bathroom or in a car or in a storage room?” She hopes that by answering these questions, she will acquire more commercial, education and government clients.

No matter how many clients she takes on, though, she holds tight to the Cherokee ideal of “Gadugi,” that “we all work together for the empowerment of everyone.” She says this is her way of life, and that she will continue hiring Native American workers and collaborating with fellow female founders as Leche Lounge grows.

Meet The PE Class Of 2018: Stephanie Conduff, Founder and CEO of Leche Lounge
How Women Entrepreneurs Push Boundaries To Inspire The Next Generation